(Thoughts on time and change, from Iceland) 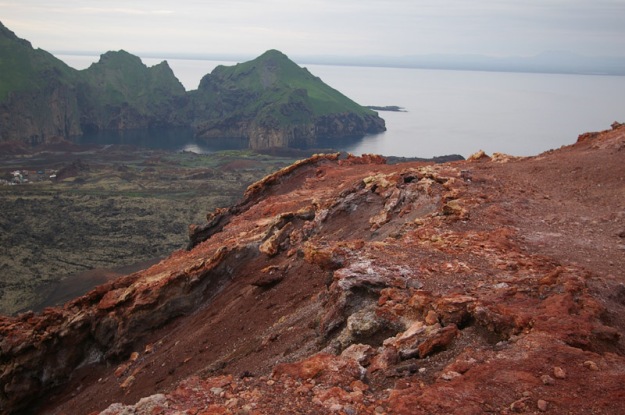 Iceland, of course, is a newborn in geological terms, sprouting from the MidAtlantic Ridge and still growing. The Earth’s bones show everywhere: sometimes cloaked only in a thin layer of moss, as on the lava flow above; sometimes a little more fully dressed; and sometimes, completely exposed. The other day, I climbed Eldfell*, the volcanic cone from the 1973 eruption on Heimaey, in the Westman Islands. I was looking across at grass-capped cliffs of tuff just 5,000 years old; but the ground beneath my feet was bare cinder, and younger than I am. This is just one reminder that the land is changing all the time; glacial outwash plains, scree slopes, and wave-battered cliffs carry the same message. 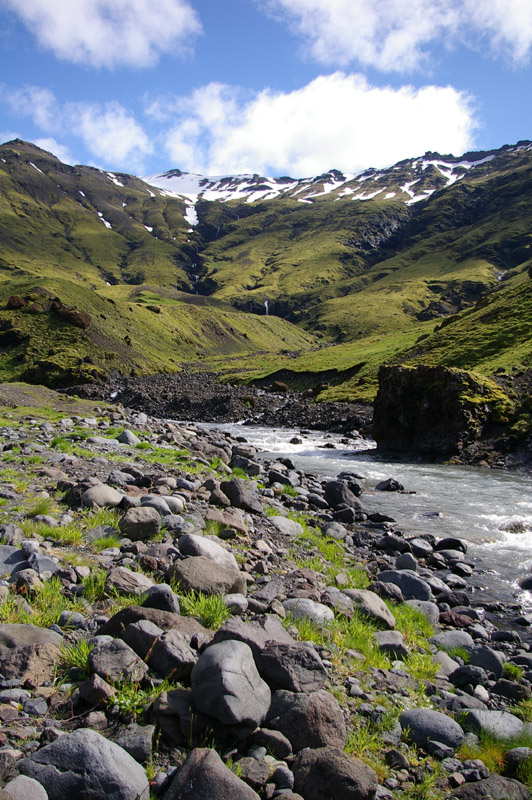 Photo: Where I wrote this post: beside the Seljavallalaug swimming pool at Seljavellir, Iceland

As I write this, I’m sitting in a boulder field beside a cold glacial river. My wife and son are a dozen metres away, swimming in an open-air pool heated by a hot spring (both the cold water and the hot coming from the flanks of the glacier-capped volcano Eyjafjallajökull). Such geothermal pools are everywhere in Iceland (although not all of them have the view this one does; we hiked about a kilometer up the river’s gorge to get to it). It’s a young country; much of it is still cooling down. 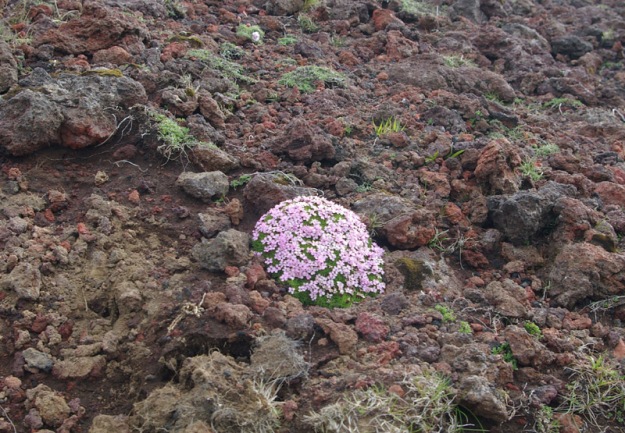 But in some ways it’s an old country, too; or at least, a country of old organisms. Growing is hard work here, and many of the plants take tundra forms: for instance, trailing, ankle-high willows and the fist-size cushions of moss campion hunkered down between the rocks. Either may take decades to accumulate enough nutrient to flower, and may carry on for decades more of imperceptible growth. This is partly because of the subarctic climate: while the summer days are long, the growing season is short. But it’s also because of the land’s youth: soils are thin and infertile on the lava flows, glacial outwash plains, and moraines that make up so much of the ground underfoot. These are not places for quick, carefree growth, but for slow, patient acquisition and investment of resources in a lifecycle that takes a (biologically) long, long time. So it’s a young land, and an old one.

I took the title for this post from the song Forty-Five Years, by the iconic Canadian folksinger Stan Rogers. It’s a love song both to his wife Ariel and to the hills of Nova Scotia, where the Earth shows its bones / of wind-broken stone / and the sea and the sky are one. The Nova Scotian hills show their bones because they’re old (being the northern tip of the Appalachians); Iceland’s hills show their bones because they’re young. But there is much to love in either landscape, the young or the old. 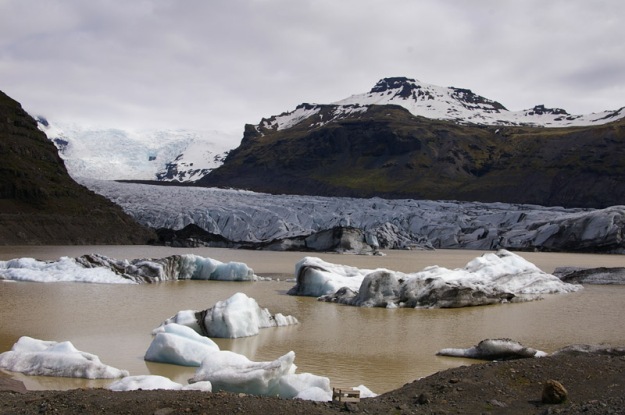 The song closes with the couplet I want to see your smiling face / forty-five years from now. That’s presumably addressed to Ariel, but it’s implicit that Stan wants to see his beloved Nova Scotian hills 45 years on, too. Stan wasn’t able to do either: he died just seven years after recording the song (in 1983, in an airline accident, at just 33 years old). That tragedy makes his song (unintentionally) melancholic. It also makes one wonder what any of our favourite landscapes will look like, forty-five years from now, as climate change remodels our Earth. Iceland’s glaciers will likely have their lives cut short, as Stan Rogers’ was. The Icelandic landscape will change, as your favourite landscape will too – in ways we never imagined when we started digging aeons-old fossil carbon from the ground and burning it to fuel our industrial society.

There’s reason to hope that we’re making progress toward action, but we still face the certainty of further climate change, and of resulting suffering for humanity and for the rest of Earth’s biosphere. It’s easy to despair over the damage done, but whether we do so or not, time and change march on and the future will, inexorably, arrive. I hope our sons and daughters will still find beauty in the changed land – the young parts and the old.

*^Twice. Once alone, at 11 p.m. under the Icelandic summer’s midnight sun, because my son had decided that the next day’s hike should be the 5000-year-old cone of Helgafell (which, after all, is 27 metres higher) instead. So my wife and I hiked it, one at a time, after he was in bed. And I hiked it again the next morning, when he decided that in fact we should climb both cones. This is the kind of thing you do when traveling with family, and you could think it a peculiar, inefficient outcome, but actually it was marvelous both times.

10 thoughts on “Where the Earth shows its bones”